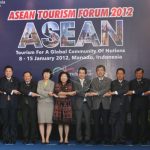 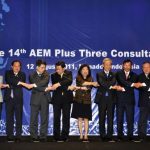 1. The Fourteenth Consultations between the ASEAN Economic Ministers (AEM) and Economic Ministers of the People’s Republic of China, Japan and the Republic of Korea were held on 12 August 2011 in Manado, Indonesia. The Consultations were co-chaired by H.E. Mari Elka Pangestu, Minister of Trade of Indonesia; H.E. Chen Deming, Minister of Commerce of […]